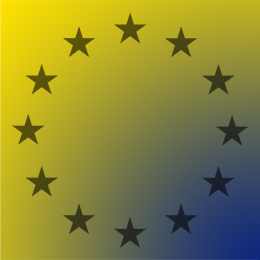 It already seems long ago; the Dutch elections where Prime Minister Mark Rutte claimed that “after Brexit, after Trump, the Netherlands called a halt to the wrong type of populism”.  The statement was repeated in newspapers across Europe and the election results as a blow to Marine Le Pen in France. But the Dutch are now 148 days on from those elections and still don’t have a new government, whereas internationally important crossroads are fast approaching.

One of those crossroads are of course the Brexit negotiations taking place in Brussels. The first round of official negotiations already took place in June this year, a second round in July and the next three are in the books for the upcoming three months. By the October round, Brussels hopes to have reached enough agreement on the divorce proceedings to move on to the future (trade) relationship. Now that is an element that the Dutch are very interested in. Will the Dutch still be able to export goods worth over 39.4 billion euros (2016) to the UK? Exports to the country are roughly 9% of all Dutch exports. It could mean a heavy economic blow to the Netherlands or specific sectors if the future trade relationship is too limited.

But will the Dutch have a government in time to have a full say in the Brussels position ahead of the first official negotiations on trade, or will they have to do with a weak mandate provided to Rutte by a divided Parliament?

After a three week holiday, negotiators of VVD, CDA, D66 and CU continued their work towards the 76 seat (out of 150) majority coalition government. Although the negotiations are a black box, there are signs that some progress is being made. One of the large obstacles facing a potential coalition is the different positions on medical-ethical questions between progress D66 and conservative CU, the former now suggesting a trade-off. However, the four negotiators seem to have given up hope to finish negotiations in time for the autumn budget, meaning separate budget negotiation might be in the works or a budget-light which could be replaced by a new version of the budget if the coalition negotiations complete within a couple of weeks.

All in all it looks like there is a good chance there will be a new Dutch government by mid-October. More unlikely though is a new Dutch government by mid-October that actually has a long term vision on Brexit and the future trade relationship; the Dutch political scene seems to be more focused on domestic issues and eggs than the 9% export market on the other side of the North Sea.